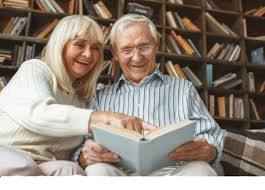 During the meeting on April 7th, 2021, the following three books were all given 10/10 by members for their entertainment value:

I-Spy: My Life in MI5
by Tom Marcus
Recommended by Roger Law

The explosive book from ex-MI5 surveillance officer, Tom Marcus takes the reader on a non-stop, adrenalin-fuelled ride as he hunts down those who would do our country harm.

A remarkable love story with a background of religious and political turmoil in Tudor England.
The year is 1527. Hans Holbein makes his first visit to England, sent by the great Erasmus to paint Thomas More, courtier, scholar, patron, and his family. More’s splendid house on the river in Chelsea is at the centre of Tudor society.

In his long life, Taita has gone from slave to warlock, and now his wisdom and abilities are known throughout the kingdom. But even his immense skills cannot protect those close to him from the evil that lurks at the heart of Egypt. As enemy forces join together to bring destruction to the whole land, it is no longer a matter of simple magic. To defeat the false Pharaohs, the gods and armies must share their powers with a mortal warlock …